This Cranberry and Mint Rum Punch is a Caribbean-inspired holiday cocktail made with rum and cranberry-infused simple syrup and garnished with mint. Festive, fun, and perfect for all your holiday parties. 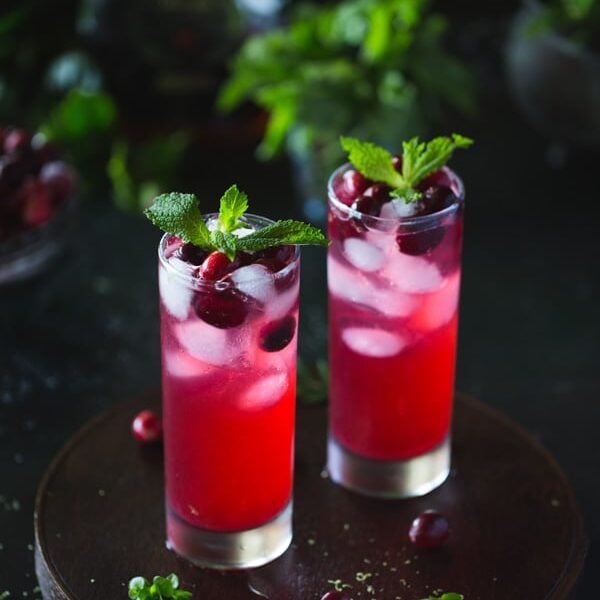 This past January, the hotel that Dwight works at, Rosewood Little Dix Bay, celebrated their 50th anniversary. As you can imagine, for an island with a population of three to four thousand people, this was a big deal. A lot of people, ranging from journalists to frequent hotel guests to owners of the hotel to the BVI government representatives came from all over the world for this very special day. The hotel staff and its leaders did an incredible job making sure that this would be a night to remember for everyone who were invited. Needless to say, we were honored to be a part of such an important milestone for this community.

After the dinner, towards the end of the evening while we were all waiting for the fire works, I saw a group of people gathering around a drink station on the corner, away from the large crowd. Come to find out, it was a rum tasting station.

Until that night, my experience with rum had never been more than a mojito, a pina colada, or the infamous rum punch, that you would most likely be served as soon as you set foot in the Caribbean. I drank it, but didn’t know much about it. However, later I realized, on that evening we were in for a treat. They were serving the best quality of rum from countries throughout the Caribbean and Central America. With the help of people who were already enjoying a shot, I started my first rum tasting experience with a shot of the Guatemalan Ron Zacapa Centenario XO. It was the smoothest taste that one could imagine. After that, I tried the Flor de Caña (18 year old) from Nicaragua. Before you know it, I had 4 glasses of some of the best rum produced in the world. The best part of it was that since we were enjoying an evening out in the open by the beach, it brought me to a very happy place without actually getting drunk. Since that evening, it became a tradition in our house to treat ourselves every once in a while with a shot of good quality rum after dinner.

I have been thinking about sharing the recipe of the Caribbean rum punch for a while now. However, I did not think that there is anything exciting about the way that they usually serve it in restaurants here on Virgin Gorda. Because, if you think about it, who needs a recipe for mixing boxed fruit juice with inexpensive rum?

About this Cranberry and Mint Rum Punch Recipe:

I wanted a rum punch recipe that truly takes it up a notch. Also, be appropriate for the season. That is when I decided to use the fresh cranberries I had in the fridge. But for my kind of rum punch, I decided to use a good quality rum, such as Flor de Caña. The idea was making a quick cranberry juice and mixing it with freshly squeezed lime juice and rum. Though it looked pretty, it needed some color. That is why, at the last minute, I added fresh mint leaves to both enhance the flavor and give it a nice contrast of color making it a perfect drink for the holidays.

How To Make It:

To make this incredibly delicious drink, I started with bringing water, sugar, and fresh cranberries to a boil, and cooked it until the sugar was dissolved. Then I strained it to a pitcher and set aside. As it was cooling, I squeezed the juice of 5 limes and muddled a half a cup of fresh mint leaves with some sugar until they were bruised and the juices of mint leaves were extracted as much as possible.

I added the lime juice and the now-bruised mint leaves into the pitcher. I stirred in a cup and a half of Flor de Caña (18 years old) and placed it in the fridge for it to cool. After an hour in the fridge, I strained it over a fine mesh strainer into a big pitcher. When I was ready to serve, I filled up a couple of tall glasses with ice and poured the drink over it. To garnish it, I put a couple of cranberries and fresh mint leaves on top.

As you can see in the pictures, it not only looked very festive but also ended up being a perfect Caribbean-style holiday drink that I will be making in the years to come.

And if you can’t get enough of these kinds of holiday drinks, check out this Thanksgiving Punch recipe.

By Aysegul Sanford
Yields: 6 servings
Prep Time: 15 mins
Cook Time: 10 mins
Total Time: 25 mins
This Cranberry and Mint Rum Punch is a Caribbean-inspired holiday cocktail made with rum and cranberry-infused simple syrup and garnished with mint. Festive, fun, and perfect for all your holiday parties. 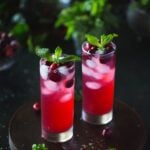 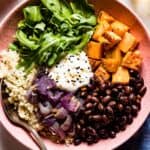 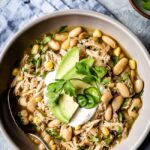 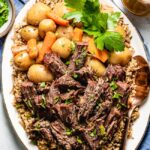 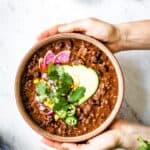 This website uses cookies to improve your experience while you navigate through the website. Out of these cookies, the cookies that are categorized as necessary are stored on your browser as they are essential for the working of basic functionalities of the website. We also use third-party cookies that help us analyze and understand how you use this website. These cookies will be stored in your browser only with your consent. You also have the option to opt-out of these cookies. But opting out of some of these cookies may have an effect on your browsing experience.
Necessary Always Enabled
Necessary cookies are absolutely essential for the website to function properly. This category only includes cookies that ensures basic functionalities and security features of the website. These cookies do not store any personal information.
Non-necessary
Any cookies that may not be particularly necessary for the website to function and is used specifically to collect user personal data via analytics, ads, other embedded contents are termed as non-necessary cookies. It is mandatory to procure user consent prior to running these cookies on your website.
SAVE & ACCEPT
271 shares