It is no secret that September is my favorite month, especially since we started living in Vermont. With the foliage in full force, it is truly breathtaking in our small town right now. I have done a lot of traveling this month, but I made sure to take long walks throughout the month in every opportunity that I was able to get. This post includes affiliate links. Each link is... 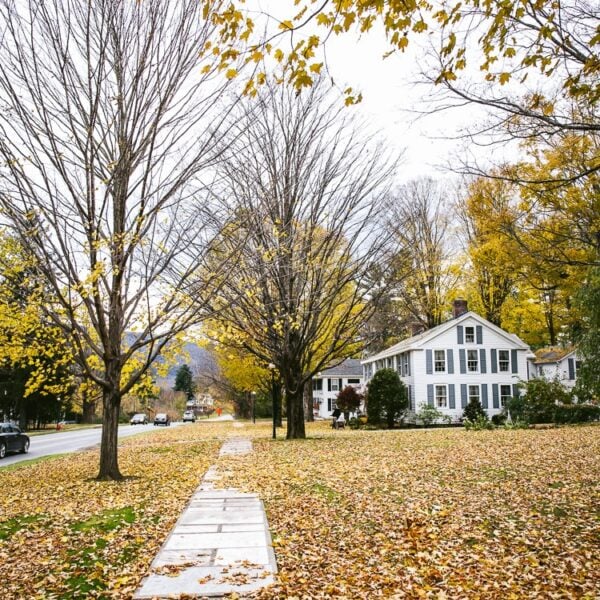 It is no secret that September is my favorite month, especially since we started living in Vermont. With the foliage in full force, it is truly breathtaking in our small town right now. I have done a lot of traveling this month, but I made sure to take long walks throughout the month in every opportunity that I was able to get.

This post includes affiliate links. Each link is marked with an asterisk.

Have you ever been to Vermont during foliage season? If you have not and need a little bit convincing to make plans, check out the article I wrote last year about what to do in Vermont in the fall.

If you have been following me on social media, you probably know that I was in Turkey during the whole month of August. I am still in the process of organizing the 500+ photos that I took and plan on sharing them on the blog. I am super late as I have had a lot going on in September.

SOME HIGHLIGHTS OF THE MONTH

A Quick Getaway to NYC:

On my way back from Istanbul, Dwight and I spent a few days in New York City. One of the best things about living in Vermont is that it is so close to the city. A 3-hour road trip will get you to the best restaurant scene in the world (IMHO). Here are a few great restaurants we ate at:

The next day after I came back from NYC, I went to Austin for an SEO retreat. This was my first time in Austin, and I have to say I was not ready for the 90+ F. degree weather. Luckily, I didn’t spend too much time outdoors because the retreat was indoors. Sadly, I was not able to try much of the foodie scene, but I am glad that it was a productive trip with a lot of learning and a long to-do list to make my website better.

I spent 3 days in Smuggler’s Notch Resort in Northern Vermont for a conference called Blog Brulle. I was a speaker at the conference and talked about food photography and how to photograph food for a blog. It was my first time speaking at a conference, and I have to say I was nervous at the beginning, but as soon as I started talking, it all went away. In the end, I actually enjoyed it quite a bit.

GOOD BOOKS I READ IN SEPTEMBER:

I was able to read 3 books this month. Thanks to all the traveling I did, I had a lot of free time to relax and read. Here is a list of the books I read and recommend:

COOKBOOKS I PURCHASED IN SEPTEMBER:

You guys probably know by now that I am a cookbook lover and can’t stop buying them. This month was no different. I bought a bunch of cookbooks, but the below two are my current favorites:

My husband and I try not to watch a lot of shows as we do not want to get addicted to one and find ourselves glued to the TV. This happened so many times in the past that we decided not to put ourselves in that situation again. However, we love watching movies and documentaries.

Here are a few we watched this month:

A FEW OTHER LINKS:

And finally, my husband and I celebrated our 8th wedding anniversary this month. I am beyond grateful to have such a sweet, kind, and honest partner in my life. I feel so lucky to have him as my forever partner and recipe tester.

Until next month friends…

This website uses cookies to improve your experience while you navigate through the website. Out of these cookies, the cookies that are categorized as necessary are stored on your browser as they are essential for the working of basic functionalities of the website. We also use third-party cookies that help us analyze and understand how you use this website. These cookies will be stored in your browser only with your consent. You also have the option to opt-out of these cookies. But opting out of some of these cookies may have an effect on your browsing experience.
Necessary Always Enabled
Necessary cookies are absolutely essential for the website to function properly. This category only includes cookies that ensures basic functionalities and security features of the website. These cookies do not store any personal information.
Non-necessary
Any cookies that may not be particularly necessary for the website to function and is used specifically to collect user personal data via analytics, ads, other embedded contents are termed as non-necessary cookies. It is mandatory to procure user consent prior to running these cookies on your website.
SAVE & ACCEPT