Spicy Curry Chicken recipe made with a technique I learned in a Caribbean food festival. It is made by simmering chicken in a homemade aromatic curry sauce and then thickening it with Greek yogurt for a rich and delicious chicken curry recipe that will impress everyone in your family. 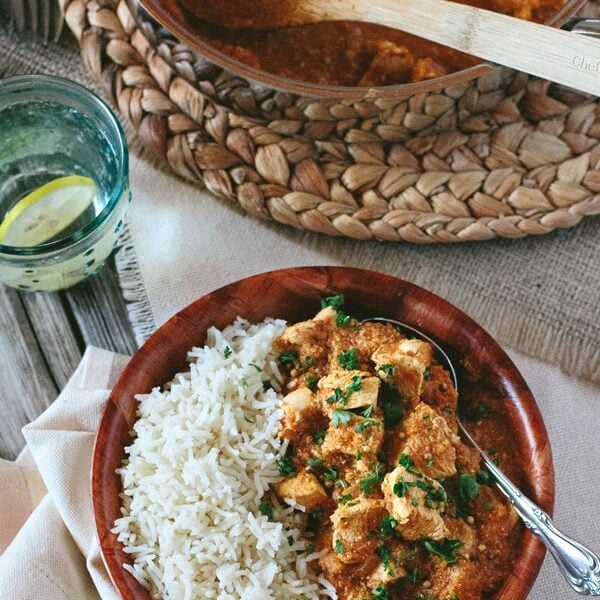 The technique used in this Chicken Curry with Gentle Spices recipe will up your curry game and ensure a delicious chicken curry dish that your family will love.

I have to admit – Before we moved to Virgin Gorda, I had no idea that it existed. When my husband, Dwight, called me to ask me if I would want to go, I had to look it up its whereabouts on the Internet before I could even make a decision.

Before coming here, I had no idea that a small island in the Caribbean could have so much beauty and soul. Later I learned, the beauty part comes naturally because of its location, being located right in the middle of the Caribbean Sea. But the soul part, I learned in the last 2 years of living here, comes from the people who live here.

The islanders, as they call themselves, of the many Caribbean Islands, rarely stay where they were born and/or grew up. They travel to other neighboring islands, mostly because of job opportunities. As they travel and settle down in their new islands, they bring their own customs, culture, and cuisine with them.

When we made it there around 7pm, I had no idea that Virgin Gorda is home to people from so many different islands like Guyana, Trinidad, Jamaica, Nevis, Dominica, and Philippines, to name a few. Each island had a booth and was represented by its natives in their local outfits.

Dwight and I, literally, stopped by every single booth and tried as much food as we could possibly eat. It was interesting to see how they used similar ingredients to create such different dishes by simply using different techniques and spices.

Of all the booths we stopped by, I must say, I loved the curry chicken I got from the Guyana booth. I have had curry chicken so many times in my life before, but none of them tasted as good as this one. I could not help, but go there two more times to get more.

Dwight must have thought the same way; he said we should go find the chef and ask him the secret behind it. And we did. He was very nice to us and was genuinely happy to hear that we liked it very much.
He said that his secret is to cook the curry paste for a long time. When I asked him how long, he said between 20 to 30 minutes. As we thanked him for sharing his secret, I had one thing in my mind. I had to make my own curry chicken trying his method.

I came home and found one of the chicken curry recipes I used many times before. It is from one of my all time favorite cookbooks, The Splendid Table’s How to Eat Supper

The curry paste is fairly easy to make. To make the spice mixture, I used coriander, black pepper, cumin, and cinnamon. To make the paste, I mixed the spice mixture with half an onion, fresh ginger, jalapeno pepper, garlic, tomatoes, salt and pepper. I pureed them all together in a food processor. I cooked the paste for almost 25 minutes (15 minutes longer than suggested in the original recipe) in medium heat, stirring constantly. Along the way, I realized that cooking the curry paste for such a long time allows all the spices to release their oils to help marinate, and somewhat, caramelize the end product. Here, I must say, it is very important that you never stop stirring it as it may easily burn, if not attended closely.

After adding the yogurt and chicken, it took less than half an hour for my curry chicken to be ready for us to eat. I served it with some white rice, but any of your favorite starches would go well with this dish.

The result was absolutely scrumptious, very similar to the one that we had at the Cultural Extravaganza Event. The best part of it was that it was even better the next day.

By Aysegul Sanford
Yields: 4 servings
Prep Time: 20 mins
Cook Time: 40 mins
Total Time: 1 hr
Spicy Curry Chicken recipe made with a technique I learned in a Caribbean food festival. It is made by simmering chicken in a homemade aromatic curry sauce and then thickinging it with Greek yogurt for a rich and delicious chicken curry recipe that will impress everyone in your family. 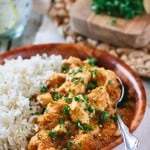 To make the Curry Paste:

To make the chicken:

This website uses cookies to improve your experience while you navigate through the website. Out of these cookies, the cookies that are categorized as necessary are stored on your browser as they are essential for the working of basic functionalities of the website. We also use third-party cookies that help us analyze and understand how you use this website. These cookies will be stored in your browser only with your consent. You also have the option to opt-out of these cookies. But opting out of some of these cookies may have an effect on your browsing experience.
Necessary Always Enabled
Necessary cookies are absolutely essential for the website to function properly. This category only includes cookies that ensures basic functionalities and security features of the website. These cookies do not store any personal information.
Non-necessary
Any cookies that may not be particularly necessary for the website to function and is used specifically to collect user personal data via analytics, ads, other embedded contents are termed as non-necessary cookies. It is mandatory to procure user consent prior to running these cookies on your website.
SAVE & ACCEPT
93 shares