Foolproof Living / Recipes / How To / How To Make Quinoa Taste Good

How To Make Quinoa Taste Good

Wondering how to make quinoa taste good, what spices go well with it, or how to make it flavorful with simple everyday ingredients? If so, you are in the right place. Get all my tips on best spices to put in quinoa, what goes well with it, and ways to use it in your everyday cooking. 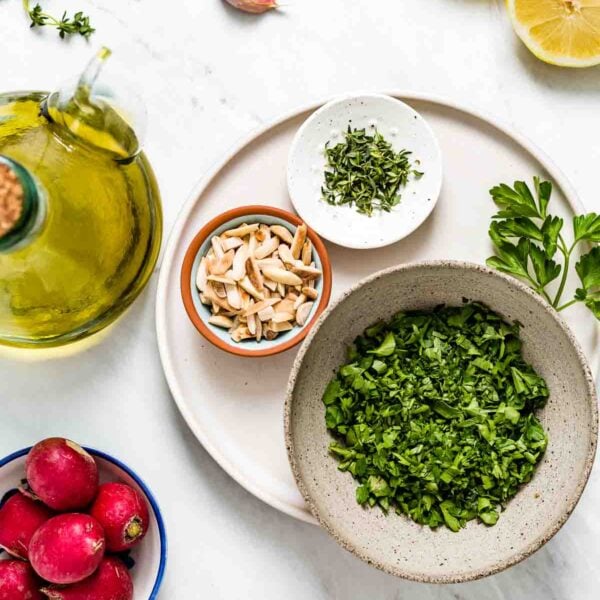 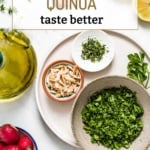 A reader recently sent me an email saying that no matter what she does she cannot change her family’s mind about quinoa. They just don’t like it. She asked that I give her some suggestions as to how to make quinoa taste better, or even perhaps, help her find ways to hide it so that they won’t notice that it is there.

Well, I don’t know about “hiding it” per se but I have a few good tips on ways to make quinoa flavorful. I have been using this ancient superfood in my everyday cooking for over 8 years now. As a result, I have learned a thing or two about how to make it taste good.

In this post, I will share my favorite ways on how to jazz up quinoa with the hopes that even the pickiest eaters in your family will give it a chance. I will also answer some questions as to what it tastes like, how to spice it up, and what to add in it to make it irresistible along with my most flavorful quinoa recipes for inspiration.

I think the taste of quinoa is somewhere between oatmeal and brown rice with a mild earthy and nutty flavor that pairs with just about anything. When I am creating recipes with quinoa I think of it as a blank canvas or as a messenger to carry over the flavors that I want to have in my dish.

It also has a nice crunch to it as it is actually a seed rather than a grain. When cooked properly, it provides a bit of crunch, a bit of creamy and a bit of nutty flavor all at the same time.

How To Season Quinoa To Make It Taste Better

Now that we covered what it tastes like, let’s talk about a few ways to make quinoa flavorful:

Below are a few examples of well-seasoned quinoa recipes from my archives and a few of my tips on how I use seasonings and spices to flavor quinoa in my everyday cooking. Click on the recipe name to take you to the full post.

What Goes With Quinoa:

Before I let you go, I also wanted to share a few recipes that I serve quinoa with. Similar to other grains like pasta, bulgur, and wild rice, I think with its short cooking time that requires no advance planning, quinoa makes the perfect side dish.

I love serving quinoa with meat dishes such as:

There you have it, friends. These are all my tips and tricks on how to spice up your quinoa. I hope you’ll try a few of them and even figure out your own ways to serve this incredibly versatile ancient superfood to your family on the regular.

More recipes for How To: 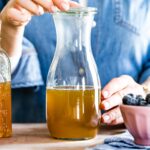 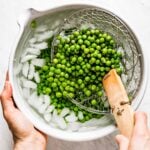 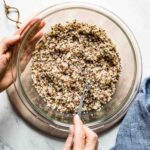 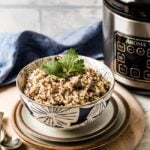 How To Cook Quinoa in Rice Cooker